Extend Robotics, a business that has developed an immersive software interface which allows the use of consumer virtual-reality headset to interact with a robot across the internet in real-time, has received investment from several Henley Business Angels members and guests, contributing towards a funding round of £345k.

Robots are rapidly changing many industries, but whilst they come with many opportunities, they also present numerous challenges. These challenges include the risk of them replacing the human workforce in low-skilled roles and the difficulties of programming them, compounded by staff shortages in the automation sector and limitations in software intelligence. Extend Robotics addresses these challenges by changing how humans interact with robots; using its software means a human does not need to be physically present for the robot to function.

Extend Robotics provides an immersive interface, significantly cheaper than custom consoles that other teleoperated robots require, that combines software with virtual reality technology. This enables even non-robotic experts to use simple, intuitive gestures to remote operate the company’s Advanced Mechanics Assistance System (AMAS), a software that connects to a dexterous robotic arm. AMAS can be used for a variety of purposes, ranging from remote working in dangerous areas unsafe for humans to rapid automation to boost productivity, teaching a robot new automation skills through recording and replaying a remote user’s past operations. Capable of being integrated with existing open source robotic arms and virtual reality headsets, AMAS can perform logistics, inspection and maintenance tasks. Extend Robotics has targeted industries such as oil and gas, nuclear decommissioning and mining for expansion, with an estimated $76.5b global market for teleoperated robots.

The company has already received funding from Britbots, Innovate UK, Vojext and the UK Space Agency. Using the additional investment, Extend Robotics is seeking to expand its development team substantially by recruiting in sales, robotics engineering and cloud development operations.

Dr Chang Liu, the Founder and CEO of Extend Robotics, was enthusiastic at the news of the investment: “The Extend Robotics team is greatly encouraged by this milestone, which means a shared vision and strong belief in the future of the company. We appreciate Henley Business Angels giving us the opportunity to connect with likeminded investors.”

Jurek Sikorski, Founder and Director of HBA, also spoke positively about the investment: “Members were very impressed by the Extend Robotics software solution enabling robots to be controlled remotely, which defines a new relationship between robots and humans.” 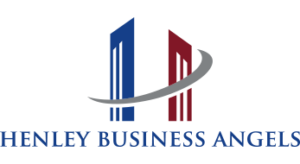 HBA is sponsored and supported by:

HBA is a member of: