Henley Business Angels are delighted to announce that the Henley Centre for Entrepreneurship (HCfE) was honoured by the business schools accreditation agency AACSB (which accredits over 1,000 business schools across the world) earlier this year when it was named as one of the winners of the 2017 Spotlight Challenge.

The 2017 Spotlight Challenge is a competition launched by AACSB in January 2017, covering around 1,000 business schools worldwide to discover the best entrepreneurship programmes and centres for entrepreneurship. HCfE was deemed by the accreditation body to be among the top twenty centres of entrepreneurship in the world.

HCfE was one of only two UK based centres of entrepreneurship to receive the award. The honour comes at a time when HCfE celebrates its 10 years anniversary, with the number of faculty and staff rising to 14. 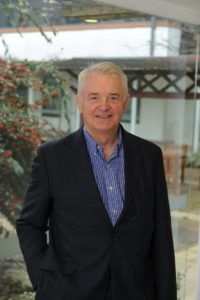 Jurek Sikorski, the Director of Henley Business Angels and Executive Director of HCfE, spoke positively about the award. “The 2017 Spotlight Challenge is a highly prestigious award and it is a testament to the hard work of all staff involved that HCfE have been recognised as a world leader. It’s a real thrill be be honoured in this way and we look forward to continuing to grow and drive new entrepreneurial initiatives in the future.”