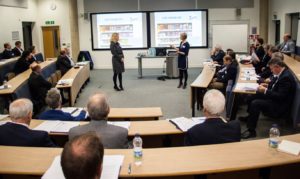 The event hosted a talk by Peter Cowley, an award winning serial entrepreneur and business angel, Chair of Cambridge Angels and UKBAA Business Angel of the Year 2014-2015. Peter is regarded by AngelNews as ‘one of the ten business angels entrepreneurs should know’ and shared a range of his experiences. The talk included his personal ‘reflections on early stage investment’ and he also answered questions often asked by entrepreneurs, including ‘what do angels want in an entrepreneurial team?’ and also the questions asked by angels, such as ‘what are the pros and cons of Brexit?’ 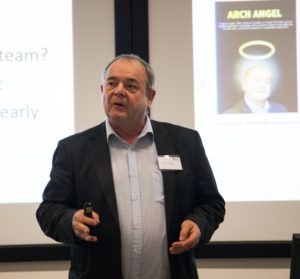 The event closed with companies exhibiting their products and services and networking with angels.

Feedback from the members was very positive, with one member capturing the overall mood by saying, “Many thanks indeed for a fabulous evening last Thursday. I thought the presentations were all very lucid and very informative.”

Jurek Sikorski, Founder of Henley Business Angels, was equally positive about the success of the event, stating, “The event was a milestone for Henley Business Angels and in every respect it lived up to expectation. I was delighted we the presentations and the engagement that followed during the networking. Both entrepreneurs and members felt they benefited by attending.”

HBA is pleased to announce that the next event will be on Thursday 16 March 2017 at HBS Whiteknights Campus at the earlier time of 4:00pm.