British technology company Rotolight, who specialise in creating advanced LED lighting for the photography and filmmaking industries, has secured substantial equity investment from the Development Capital team at Octopus Investments, to support its ambitious business growth plans. The £5 million ($6.5M) growth capital funding will strengthen the company’s future, as they invest heavily in research and development to deliver 15 cutting-edge products in the next five years as well as marketing and international expansion, which will lead to the creation of a number of new jobs, at its headquarters at Pinewood Studios UK. 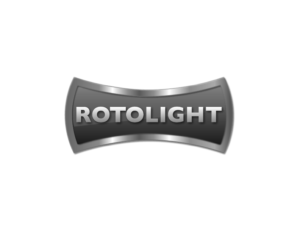 Appealing to both ‘prosumer’ and professionals alike, Rotolight has revolutionised the photography and filmmaking industries with its advanced lighting technology, from NEO 2™ : the world’s first colour-tuneable LED flash for aspiring photographers, to its ANOVA PRO™ professional studio lighting range that has been utilised by the BBC, ITV’s Dancing on Ice, EA Sports and Disney. Rotolight’s products have lit countless famous faces such as Martin Scorcese, Margot Robbie and Sir Elton John and been utilized on feature films such as James Bond Skyfall, and Tom Hanks ‘Captain Phillips’. Their products offer a unique build quality and design, being entirely UK made, and boast a considerable IP portfolio including over 50 patents and designs. The company has exported over 100,000 products to 41 countries around the world.

Octopus Investments is the largest VCT investor in the UK, and will bring significant expertise, a wealth of relevant industry experience and key contacts to help Rotolight deliver on its growth strategy. With over £8.5bn funds under management, Octopus has a track record for backing fast growing businesses with ambition to scale into industry leaders.

Richard Court, Head of Development Capital with Octopus Investments, commented: “We are very excited to be backing what is a highly innovative, UK-based business led by a first-class management team. The company has developed a range of market-leading products backed by substantial IP, and our growth capital will be used to further develop the product range as well as capitalising on extensive international expansion opportunities.”

Garnering nine awards in 2018 alone, and with over 30 awards for innovation and technical excellence, Rotolight has quickly become the most highly awarded LED lighting brand to date; as their newest light, the Anova PRO 2, was named Best of Show at NAB Show in Las Vegas, beating renowned industry names like Canon, Nikon and Sony and hailed by judges as “love at first sight”. Rotolight also received the Best Innovation award from Photography News in 2018 – voted for by thousands of the British public.

Rod Aaron Gammons, CEO of Rotolight, said: “We are delighted to secure Octopus as part of our team for what will be a very exciting time ahead; delivering on our ambitious plans for growth and developing products that change the way photographers and filmmakers work with light, enabling them to be more creative and efficient in their work than ever before. Octopus bring a wealth of expertise and added value which was very important to us, and really understood and bought into our vision for the future”.

As part of the deal, Rotolight are also excited to announce that the former MD of Dixons and CEO of Jessops PLC, Christopher Langley, and Martin Wood, formerly of Tetley Group and Hozelock Group will be joining the company board of directors, as Chairman and chief financial officer respectively, further strengthening the expertise of the management team.